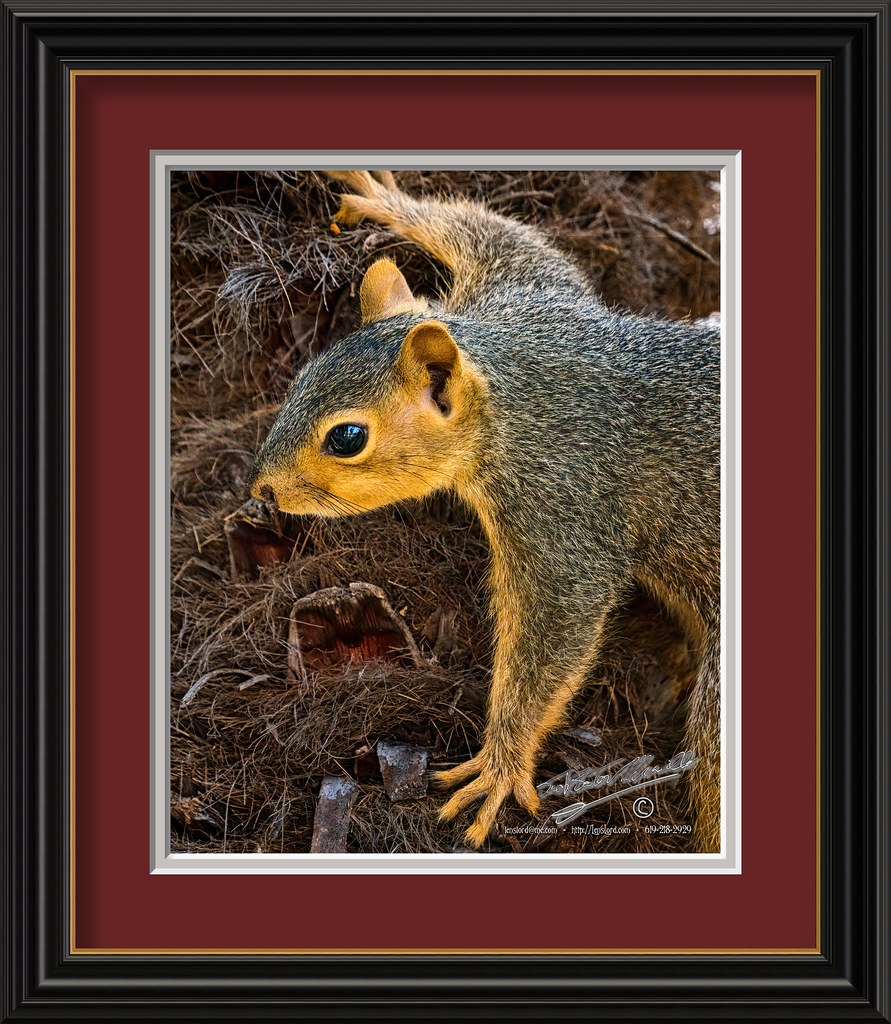 This cute little rascal caused Calliope to yank me off my feet just like I was in a cartoon. … No squirrels were damaged, nor humans, nor dogs.

A friend said that she might have enjoyed seeing that. … So, I have come back and expanded on that event. Here is what I told her.

I think you might have enjoyed it quite a bit. And, there was an additional witness.

I was at the reflecting pool of the Botanical building in Balboa Park dressed in my black photographic uniform, with one of my cameras strapped to my body, with its strap looped through my arm and over my neck. The second camera was strapped tightly around the wrist of my right hand. Standing there, talking with a young man that had just sat on a bench next to where I was shooting. We were talking about photography.

Calliopes leash is a set of two leashes joined end to end to give her a little freedom to move around a little when we walk. The slack of most of the leash was wrapped around in my left hand to shorten her range and give me a little more control. But, my attention was not on Calliope and I had zero idea that the squirrel was even there.

She was sitting in front of me, at my feet, but things changed quickly. She moved very fast after that squirrel in a giant lunge at full speed. Snap! I felt the initial movement and instinctually tightened my arm to pull her back. But she is fast, and big, and the next thing I knew I was flying, suspended in the air like Superman. I was flying on my left side with my left arm outstretched, and my right arm cocked with its camera at my right side. While I was stretched out in the air, I consciously protected both cameras, also myself as I hit the ground fully across my entire body, twisting my hips a tiny amount to land on a little of my butt cushion instead of a bone. No damage was done to anything at all.

As I got up, the guy I was talking with said, “Wow! Did you ever play football? That was the most amazing fall I have ever seen.” 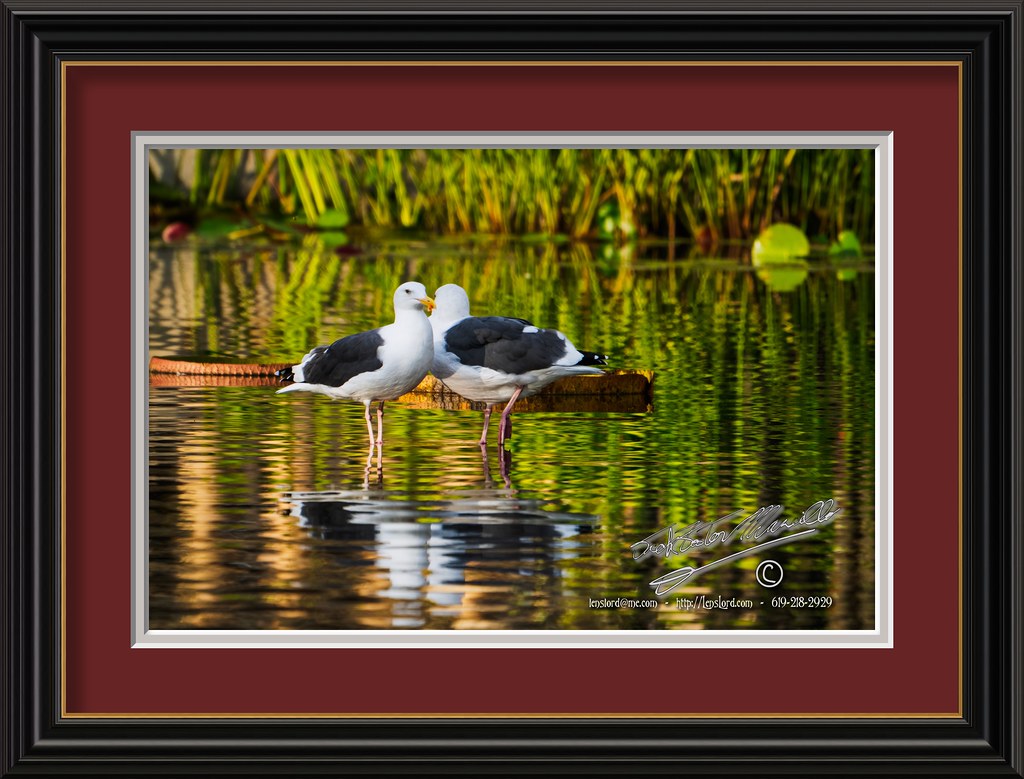 Fell in love in Balboa Park. 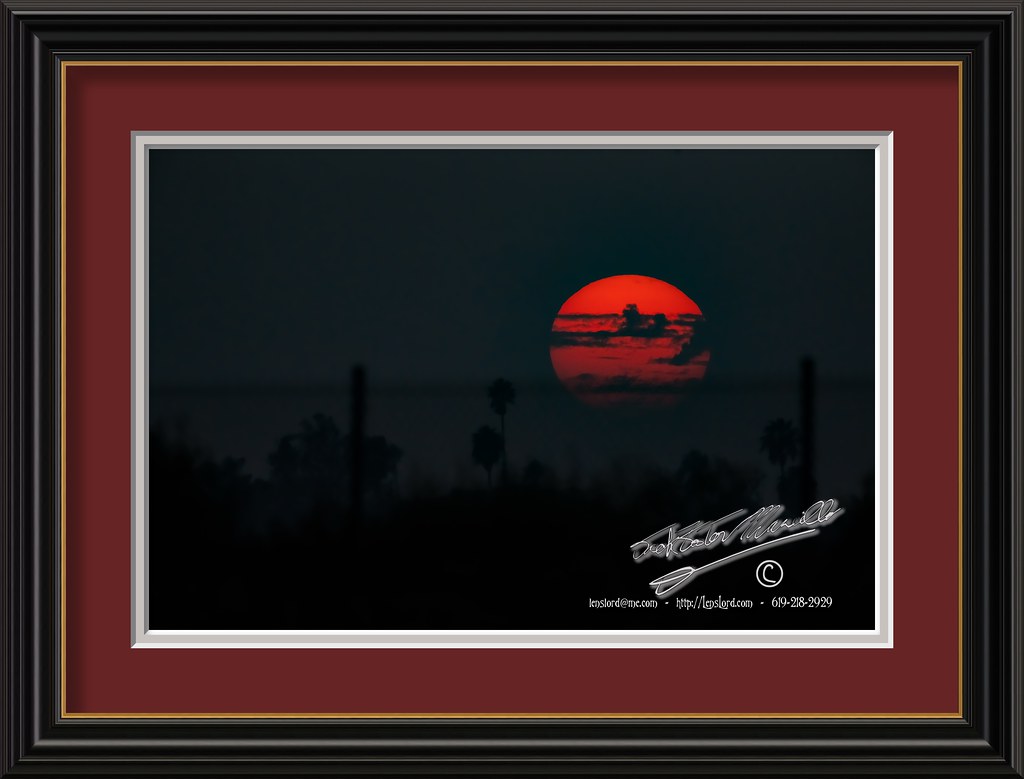 Tonight the sky is was super hazy from days old smoke that has floated in and out, making it seem like a filter in the sky. 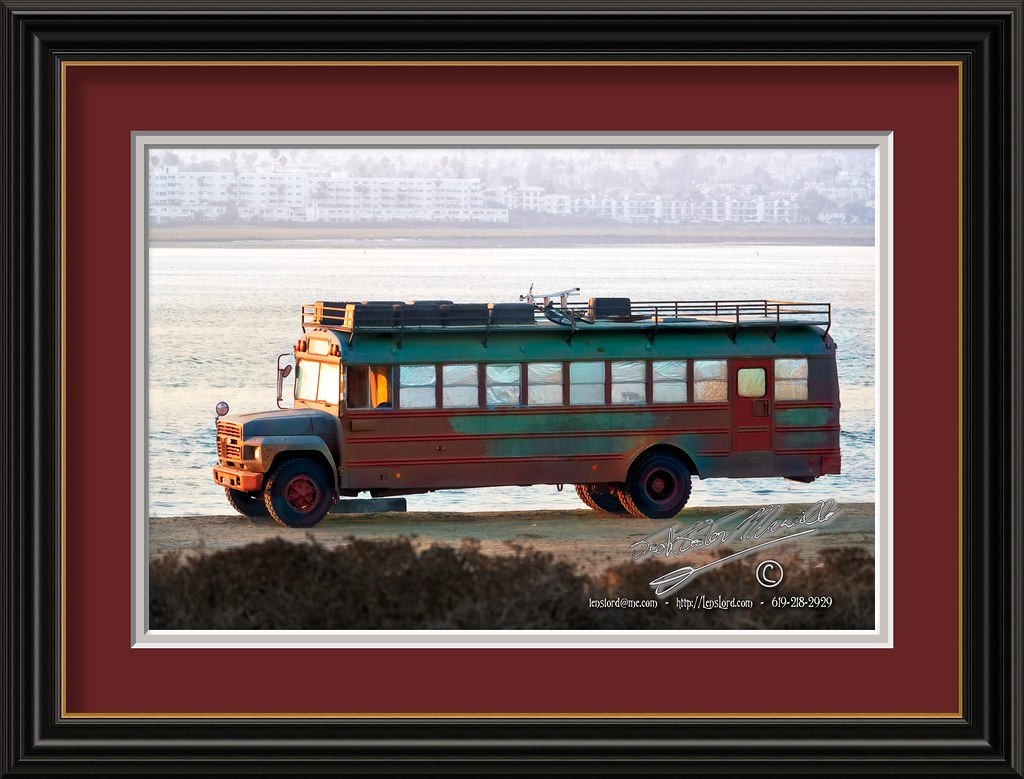 The wheels on the bus go round and round. … Fiesta Island, just before sunset. 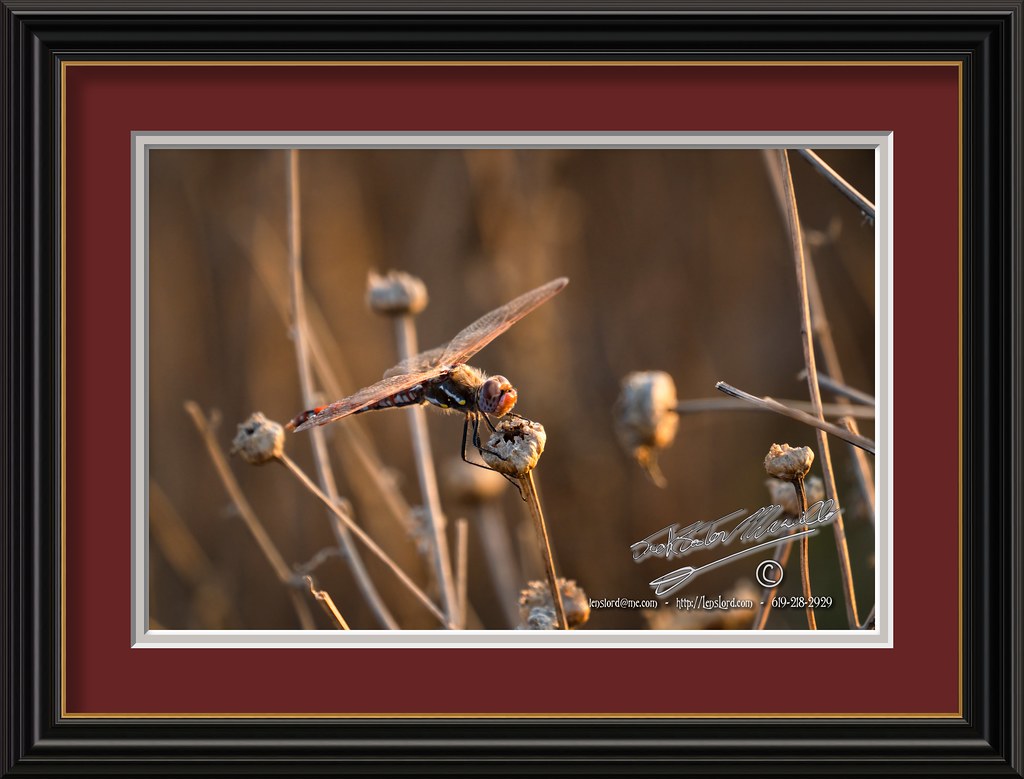 On Fiesta Island this evening. … Well, since it is now morning, this was yesterday evening. 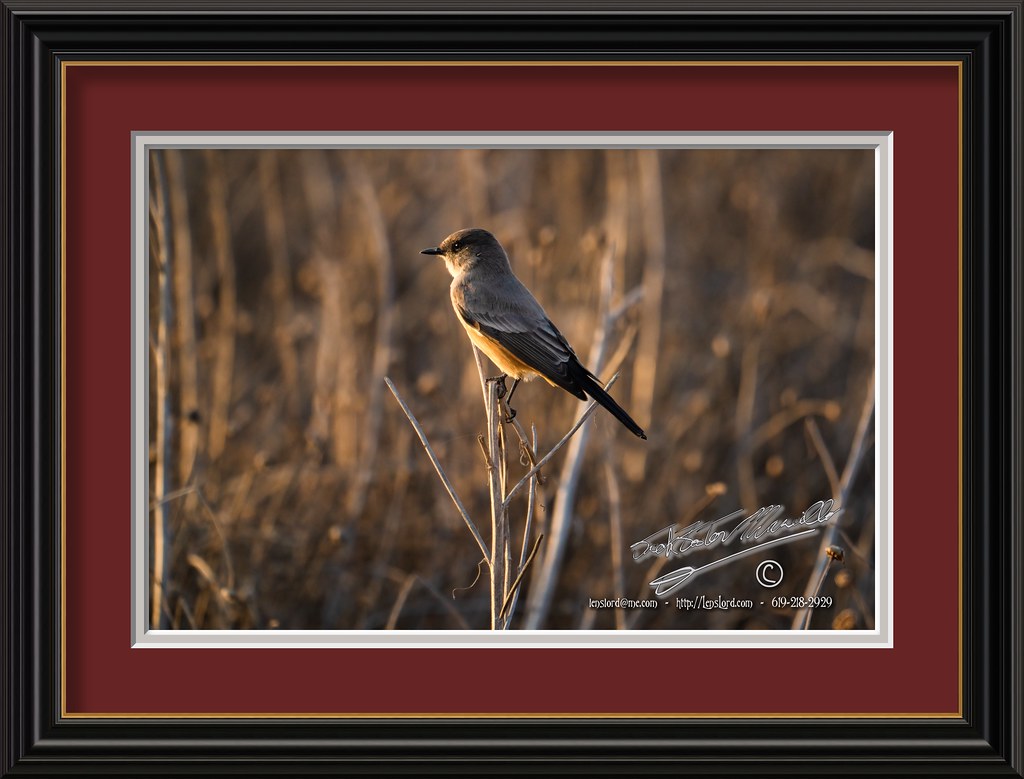 A medium sized fly catcher on Fiesta Island, in the evening, hunting his late day snacks. 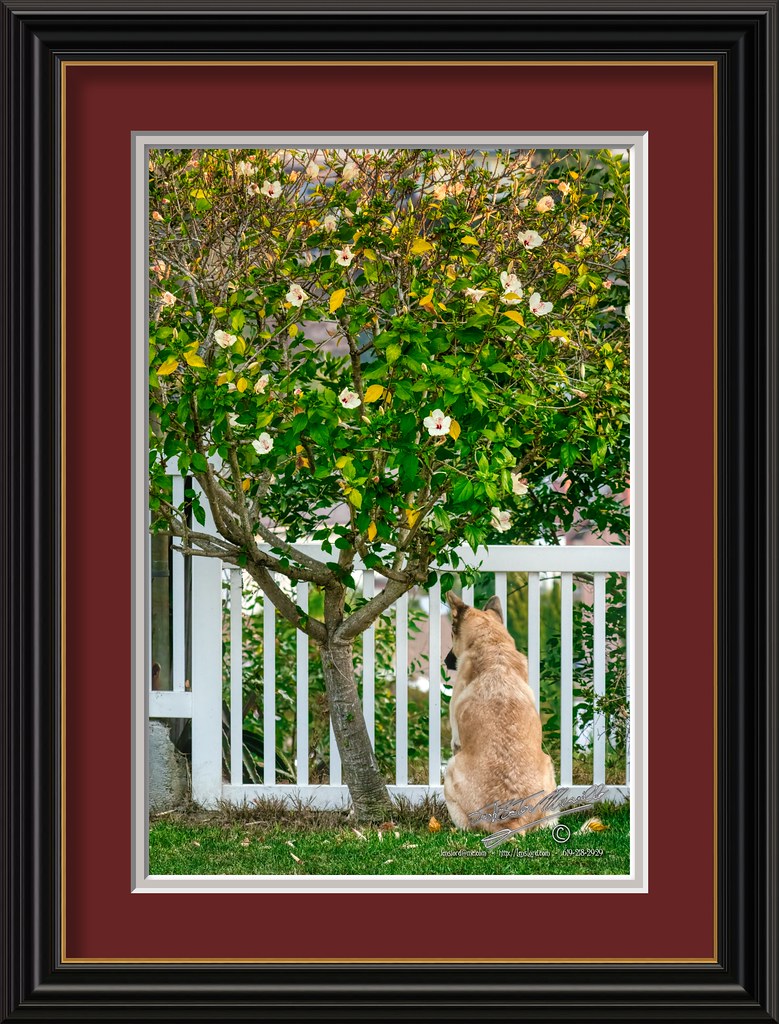 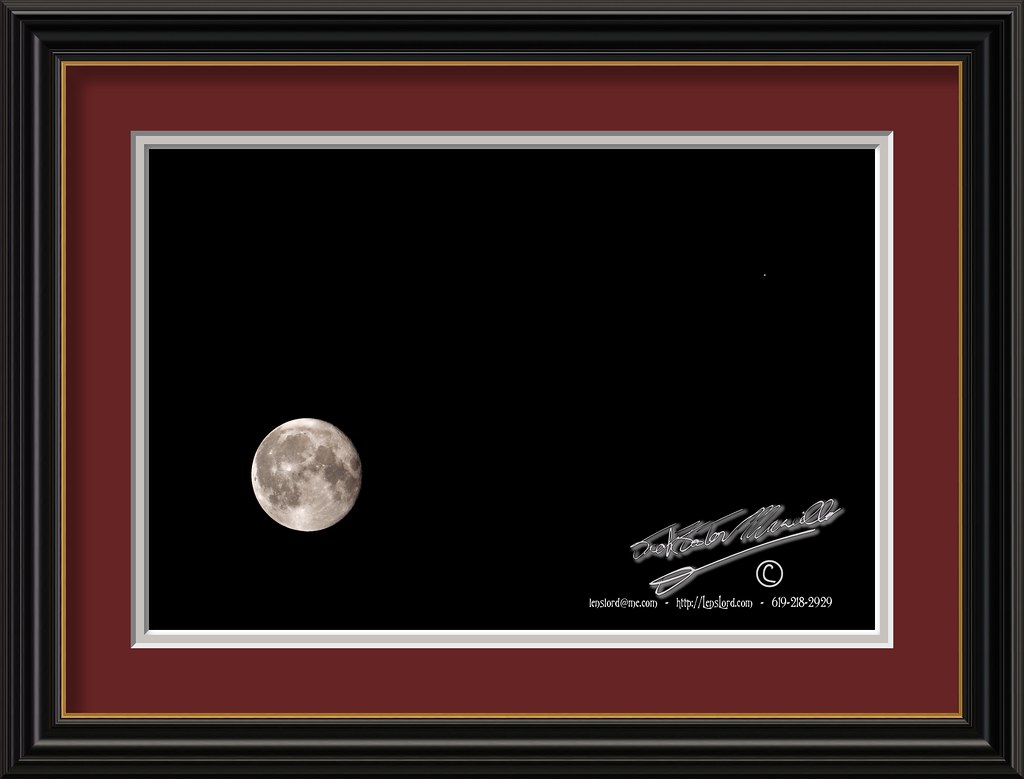 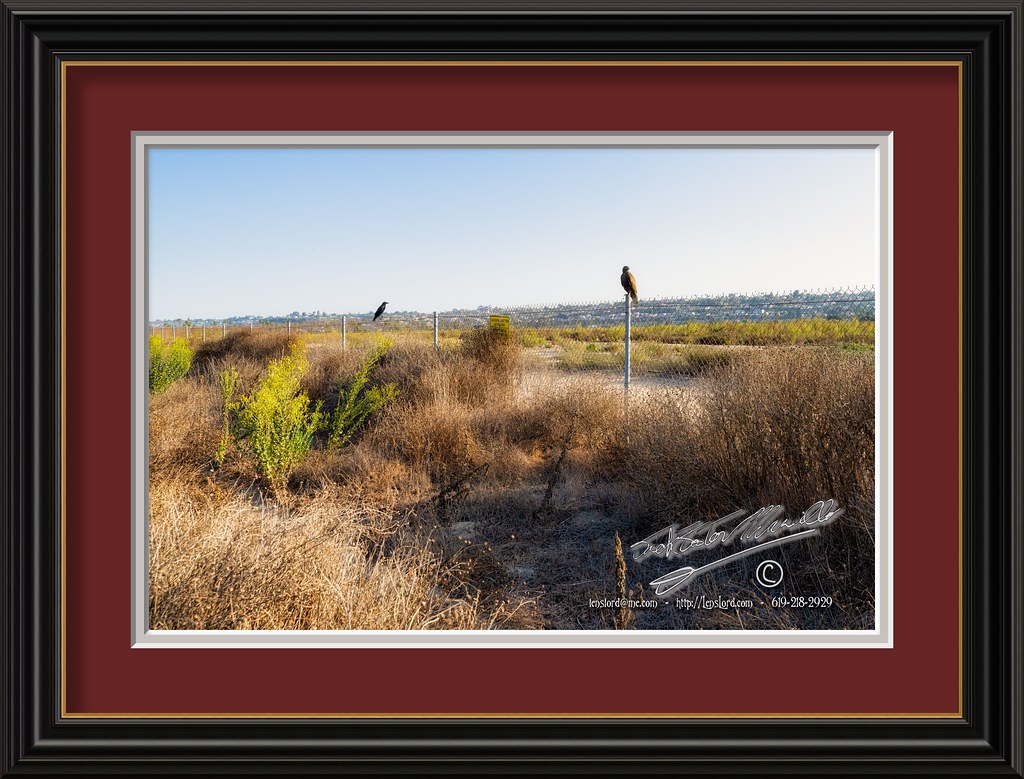 I know it does not look like I am very close when I captured this image, but I am at 24mm on my full frame camera. I would say that I was withing 15 feet of the Red Tailed Hawk. If I had had my long lens on my camera, this woud be a head shot. 😉
I believe the crow, and his buddies had been harassing the hawk until I came by. Right after I shot this image, I tried to take another step forward to get a closer image, in my step and shoot process, but I was as close as I could get and spooked them. They all flew off in seperate directions. 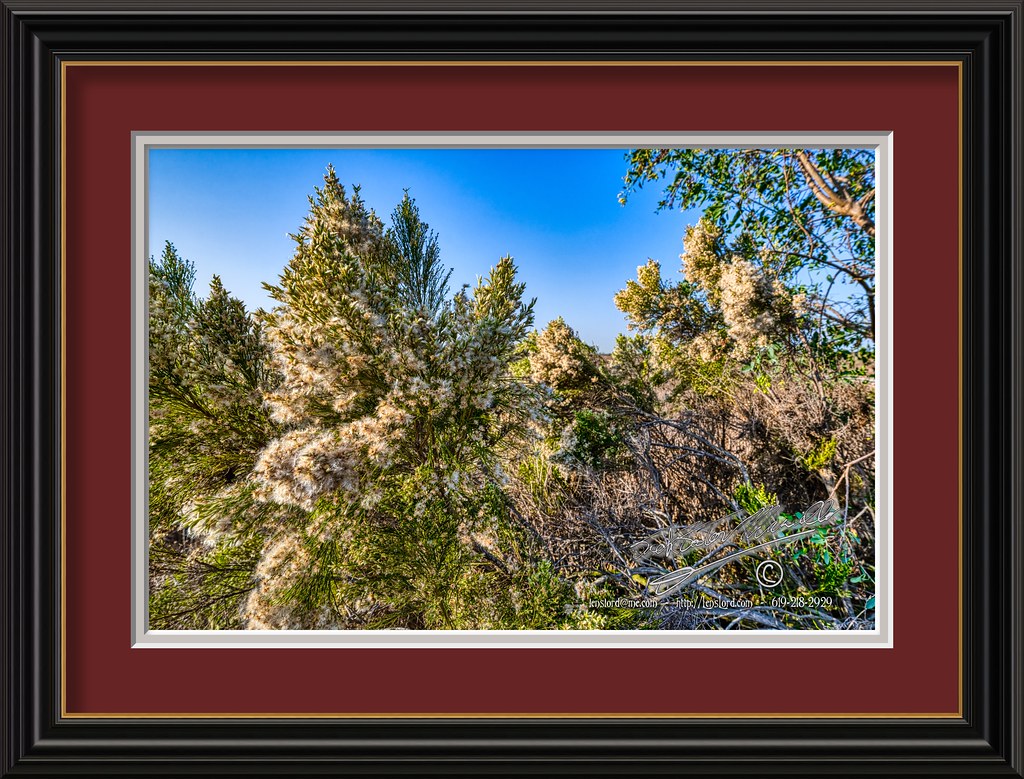 The end of the season has come, and the fruits of a spring and summer of pollination and growth are behind. Now it is time to cast the seeds upon the wind.