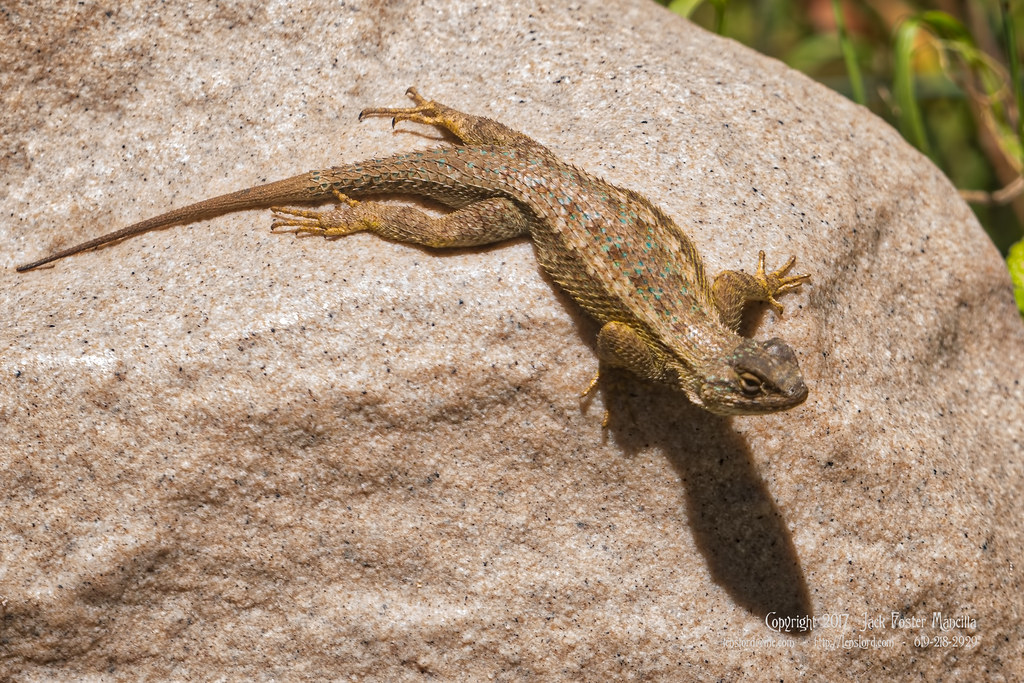 I just love these little swifts. We used to call them Blue Bellies, because they have two blue patches on their abdomens. I believe this is a female, they are usually a little lighter in color, and the blue scales on their backs do not stand out as vibrant as they do on the males.

You can easily see, on the tail, where the tail has grown back after an old loss of a tail. The new growth on the tail has none of the blue scales, and the scales are much smaller.

***News Update*** Today, the second of May, 2017, four days after I took this picture, this very same swift was caught in a sticky fly trap that had fallen down to the patio. Lucky for this little swift, she was discovered while still alive. I slowly, and very carefully, peeled her off the trap. She was barely moving, and barely breathing. I let her rest in my hand for a few minutes, and saw her eyes start to light up. Then I placed her on a branch on a small bush in the garden. She stayed there for five minutes with her eyes darting around, barely moving, then she ran away. … Yay!